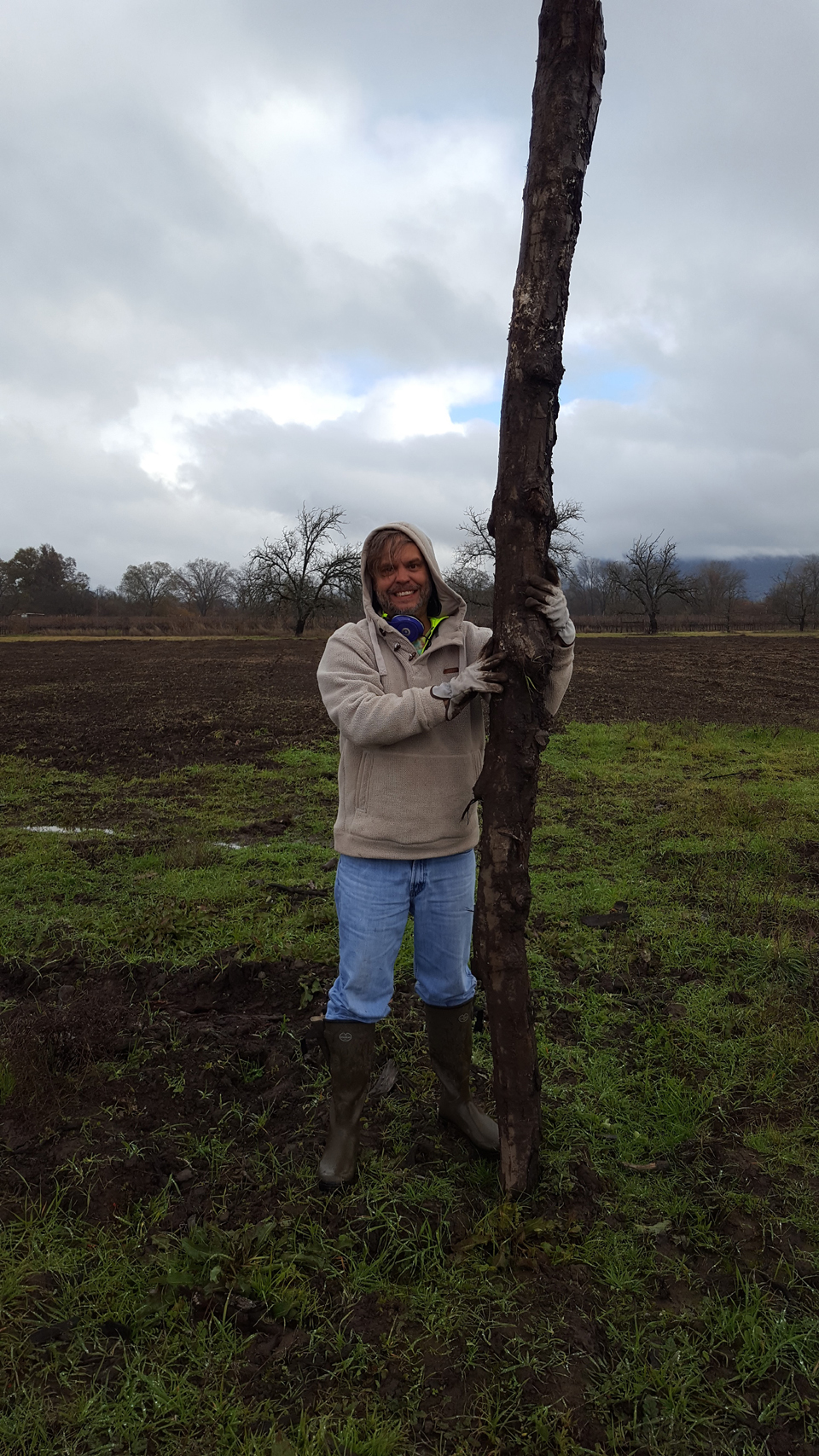 Sticks, Sticks and a few Logs

I have a process for clearing the sticks and logs from the ground. Walk up and down the rows with a shovel, stick or other implement and stab it into the soil. If it hits something start digging, if not move to the next spot. Each day, Pauline and I clear anywhere from several hundred pounds to a ton of sticks and logs. They range in size from a foot long to 10 feet, with diameters up to 2 feet.

The goal is to till 5 acres before spring. It has taken about two weeks to till ¾ of an acre. I had expected to be done by Christmas, this looks unlikely.

I also had to figure out what to do with the logs and sticks that we have collected. I spoke to my neighbors and they all suggested that I get a burn permit and light it up! I had read about a state program for hauling and chipping of green waste, but evidently that program ended a few years ago.

The fire chief was more than happy to exchange a burn permit for $25 dollars. I thought the permit would be good for a single use, but I was wrong. I had until May 1st, 2017 to burn my logs and sticks.

My first burn was pretty pathetic. It took me several hours to get the fire going satisfactorily and I was ill prepared to deal with fueling the blaze sufficiently. At the end of the day, I only burned a couple hundred pounds of wood, less than a day of collections.

My second attempt was much improved. I watched a few videos on YouTube, and followed the instructions. After about an hour I had built a blaze that burned wood faster than I could feed it by hand. After another hour of throwing wood on the fire, I had the ingenious idea of using the front end loader on the tractor to dump several hundred pounds of sticks and logs on the fire at once. By the end of the day, I had burned several thousand pounds of wood.

The third attempt was even more ambitious. Instead of loading the wood in the front end loader and dumping it on the fire, I positioned a number of piles so they could be pushed onto the fire.

The was by far the most successful burn that I had.

It started raining a lot this week. After the drought over the last few years, everyone is glad to see some rain.

What goes into a blog post? Helpful, industry-specific content that: 1) gives readers a useful takeaway, and 2) shows you’re an industry expert.

Use your company’s blog posts to opine on current industry topics, humanize your company, and show how your products and services can help people.

Thank you everyone who visited the farm.

You can still find us at the Lake County Farmer’s markets on Tuesdays and Saturdays  from  10-1, as well as the Hidden Valley market from 9-1.